To share your memory on the wall of Jo'Vaughn Banks, sign in using one of the following options:

Jo’Vaughn received his early education at Oak Grove Elementary School and Chewning Junior High. His love for sports became evident early in his life. He played both basketball and football while attending Chewning Junior High. Jo’Vaughn played high school football at both Northern and Southern High Schools. He was a graduate of Durham’s Southern High School. After graduation he attended NC A&T State University where he took classes towards a Bachelor’s Degree.

Jo’Vaughn was affectionately known as ‘Big Banks’. His size was mere in comparison however to his smile, that laugh, his personality, his joyous spirit and most of all his heart. He was a socialite in his own right and he never met a stranger. Jo’Vaughn thought and treated his many friends as an extension of his family. Without a doubt, he was loved and will be truly missed by us all.

To send flowers to the family or plant a tree in memory of Jo'Vaughn Marcellis Banks, please visit our Heartfelt Sympathies Store.

We encourage you to share your most beloved memories of Jo'Vaughn here, so that the family and other loved ones can always see it. You can upload cherished photographs, or share your favorite stories, and can even comment on those shared by others.

Mayor Winifred Murphy, Town of Garland and CORNELL FREEMAN have sent flowers to the family of Jo'Vaughn Marcellis Banks.
Show you care by sending flowers

Posted Feb 28, 2019 at 12:04pm
Rest Well Jo'Vaughn. It was a pleasure to have met you. My sincere condolences to your family and loved ones.
Comment Share
Share via:
JK

May God continue to Cover you and your entire Family now and for many days to come. You have our Deepest, Heartfelt, Sympathy. Keeping you all in our Prayers. Alfred & Johnnie Kee-Smith & Family
MG

Posted Feb 28, 2019 at 12:29am
Cousin Joe, Cousin Mary & to all of our Banks/Brown Family -- we are thinking of you and praying for you at this difficult time! Cousins Kay & Ray

Posted Feb 27, 2019 at 11:07am
Sending my love to the Banks family at this time. My your memories of Jo'Vaughn help you smile on your hard days. This is not farewell but see you later.

Posted Feb 27, 2019 at 09:20am
I went to middle school with Jo'Vaughn, and he was a great friend. We played basketball together and he always had a smile on his face and kept the entire team laughing. He was a great guy, and my condolences to his family and friends. 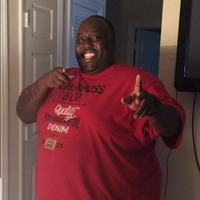 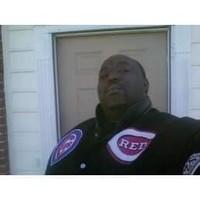 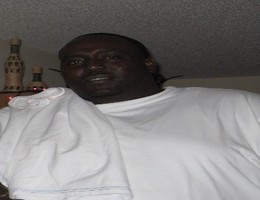 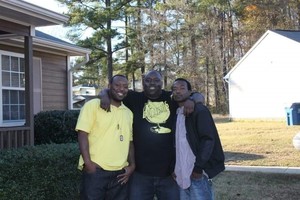