To share your memory on the wall of John Parker, sign in using one of the following options:

He was united in holy matrimony to LaRussia Bullock on February 16, 1993. To this union five children were born. He was a loving husband, and a very proud father and grandfather.

“John Lee”, affectionately called by family and friends, confessed Christ as his Savior at an early age, was baptized and joined Mt. Level Missionary Baptist Church. He loved his church family and faithfully served as an usher, church custodian and member of the Male Chorus.

“John Lee” possessed exorbitant energy throughout his entire life, including his senior years. He constantly skipped about in a child-like manner never slowing his pace. His ability to leap and move about with speed was quite extraordinary. You might say he was just “wired” that way and the average person could not keep up with him.

Immediate family members preceding him in death are his parents, Ned and Zonie Parker and a sister, Ms. Daisy Tony.

Those who remain to cherish his memories: his loving and devoted wife, LaRussia Parker of Roxboro, six children; six children -Quantil, Keyana, and Jason of Roxboro, NC, Zonnie, Vanessa, and Ava Jean of Durham, NC; two grand-children – Caleb Lucas and Noel Jay of Durham; a host of nieces, nephews other relatives and friends.
Read Less

To send flowers to the family or plant a tree in memory of John Parker, please visit our Heartfelt Sympathies Store.

We encourage you to share your most beloved memories of John here, so that the family and other loved ones can always see it. You can upload cherished photographs, or share your favorite stories, and can even comment on those shared by others.

Posted Feb 09, 2020 at 06:27pm
Dear Family, Mr Parker was a great neighbor. Always helpful, fun loving and energetic. This is our prayer for all of you from all of us. Father, we ask that you bless the Parker Familly as right now.

HEAL them everywhere they hurt.

Lord show a new revelation of your love and power.

Holy Spirit I ask that you minister to their spirits at this very moment.

Where there is pain give Your peace and mercy. Where there is self-doubting, release a renewed confidence in Your ability to work through.

Where there is tiredness or exhaustion, I ask You to give understanding, patience, & strength.
Comfort in this time like only you can.
Bless finances, give greater vision and raise them up with encouragement and support from friends, family and your body.
In Jesus Name Amen
God bless you all, Nan Jeffers and Family
Comment Share
Share via:

Posted Feb 03, 2020 at 11:28am
Ronald and I were often surprised by a pop up visit from John Lee several times . He was always upbeat and would say I just had to check on friends. He loved his children and his family. We will truly miss him. RIP John Lee.
Comment Share
Share via:
AS 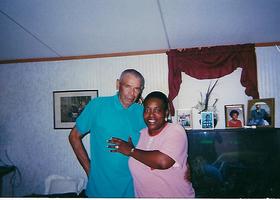 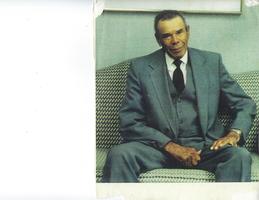