To share your memory on the wall of Diane Harris Stokes, sign in using one of the following options:

Print
Diane Harris Stokes was born in Creedmoor, NC on July 12 1958 to the late Odell Harris and Dorothy Thorpe Daniels; transitioned from labor to reward on February 7, 2020 at Duke Regional Hospital.

She attended South Granville High, after... Read More
Diane Harris Stokes was born in Creedmoor, NC on July 12 1958 to the late Odell Harris and Dorothy Thorpe Daniels; transitioned from labor to reward on February 7, 2020 at Duke Regional Hospital.

Diane became a hard working woman at Wendy's, Sybil's, and Hardee's are a few places she became the lead cooks.The main place people come to know and love her was the Waffle House in Butner-Creedmoor on Lyon Station Rd.

There she met the love of her life Roy Junious Stokes. She played hard to get and tried to remain levelheaded but he swept her off her feet. They became inseparable. He became the man they all needed. She became his "SweetMeat" and their love continued to blossom. They moved from Granville County in the late 90's and resided in Durham County. There the family began to grow.They went on vacations to the Mountains, the beach, and even Martha's Vineyard.

They were blessed with a granddaughter on April 4 1997- LaVonda Monique Harris, became "Pretty Girl" Then December 10, 2009- TaVarese Demond Vine Jr bacame her "Pretty Boy". The beach was her favorite place. Diane loved to cook for the holidays, cooked tons of food. Her main dish was the chitterlings. Her favorite color is red but she loved a shimmering hunter green color. She was a very strong willed vibrant, don't play about her family type of woman.

To send flowers to the family or plant a tree in memory of Diane Harris Stokes, please visit our Heartfelt Sympathies Store.

We encourage you to share your most beloved memories of Diane Harris Stokes here, so that the family and other loved ones can always see it. You can upload cherished photographs, or share your favorite stories, and can even comment on those shared by others. 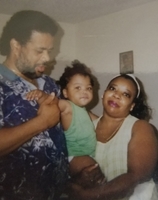 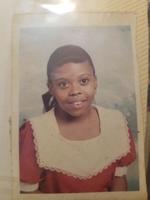 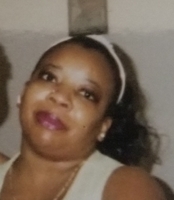 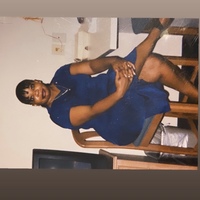