To share your memory on the wall of Cathy Johnson, sign in using one of the following options:

Print
Mrs. Cathy L Fuller Johnson, daughter of the late Burrell and Vivian Fuller was born January 19, 1954 in Durham NC. She departed this life on June 10, 2020.

Cathy attended Durham County Schools. After high school graduation she attended Clark University in Atlanta Georgia where she received a Bachelor of Arts degree in Political Science. She continued to live in and work for the state of Georgia for a number of years.

Upon returning to Durham she attended the Watts School of Nursing and worked as an Licensed Practical Nurse for over 36 years.

She worked as a LPN for Murdoch Center in Butner, NC for several years, after which she worked at several Retirement and Rehabilitation Centers in the Durham area.

Cathy was preceded in death by her husband, Bud Lyon Johnson and two sisters, Patricia Coln and Constance Nelums.

She leaves to cherish her memory and mourn her loss; her brothers, James Holliday (Patricia) and Eddie Fuller (Blondie); sisters, Gwendolyn Williams and Phyllis Hayes; two step-children, Ronald Johnson and Steven Johnson; four grandchildren and a host of nieces, nephews, other relatives and friends.
Read Less

To send flowers to the family or plant a tree in memory of Cathy Laverne Johnson (Fuller), please visit our Heartfelt Sympathies Store.

Receive notifications about information and event scheduling for Cathy

We encourage you to share your most beloved memories of Cathy here, so that the family and other loved ones can always see it. You can upload cherished photographs, or share your favorite stories, and can even comment on those shared by others.

Flowers were purchased for the family of Cathy Johnson. Send Flowers

Posted Jun 16, 2020 at 10:37pm
Cathy was a neighbor and Classmate of mine from Elementary to High School graduation. She was always a steadfast and genuine person. Moreover. Cathy demonstrated high scholastic aptitude (throughout the school years), along with great leadership ability, as she was instrumental in organizing a Cultural Committee for us as minority students at Northern High School. Cathy was a wonderful Classmate whose memory I'll always treasure.
Comment Share
Share via:
JR

Posted Jun 14, 2020 at 12:25am
Even though I only knew Ms. Cathy a very short period of time, it touched my heart dearly when she passed. She always greeted me with a smile. She will be missed by the staff and residents of Carver Living Center where she worked for many years. Condolences to the family.
Comment Share
Share via: 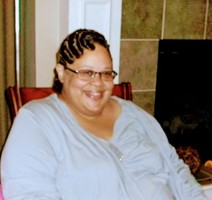 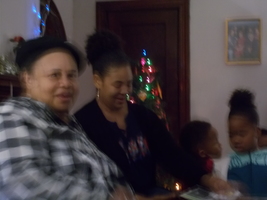 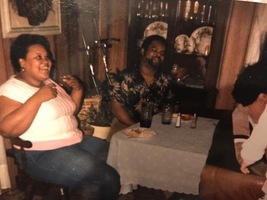 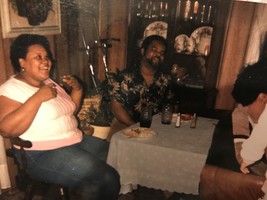