To share your memory on the wall of Deacon Bonita Lyon Hodges, sign in using one of the following options:

On May 29, 2020 at 1:17 am at Hock Pavilion in Durham, NC, she gently eased into her eternal Heavenly Home to be reunited with the love of her life, Rev. James A Hodges.

At an early age, she joined Mt Vernon Missionary Baptist Church in Creedmoor where she was active in Sunday School and the Missionary Circle with her grandparents, Hugh and Vinie Bullock. As an adult, she joined Mount Zion Baptist Church in Durham under the Dr. William H Fuller; James joined soon after. Over the years there, she was active in Sunday School, the Floral Club, Bible Training Union (BTU), Vacation Bible School (VBS), and became a Deaconess. Noting that the changing spiritual environment was weighing heavily on her husband’s spirit, she ventured out to find spiritual peace for her family and found herself at New Hope Missionary Baptist Church in Apex, NC. She and James joined New Hope Missionary Baptist Church in 1985 and she loved her church family tremendously. She was active in Sunday School, VBS, Missionary Circle, GEMS, Hope to the Healing, Senior Ministry, Stewardship, Fellowship Choir, Finance Committee, Pastor’s Aide, Kitchen Ministry (in the old sanctuary), DIVAs Ministry, Assistant Treasurer. Her assignment as Chairperson for the Pastoral Selection Committee was extremely rewarding for her, as she wanted to ensure the future of New Hope Missionary Baptist Church had the right spiritual leader. She truly loved Pastor Brown and knew he would guide her church family to new levels. She was also the only female to serve as a Deacon, where she served as Secretary for several years. She challenged the men to truly live out their calling as Deacons.

Her early education began in the Granville County Schools, and she proudly graduated from GC Hawley High School as valedictorian of the Class in 1961. She enrolled at North Carolina College in Durham (now NCCU), and lived in the home of Ms. Lucy Headen on Chautauqua Street. Ms. Headen kept insisting that Bonita meet her grandson who was a student at NC A&T in Greensboro. When she did finally meet James Hodges, they fell into an inseparable Aggie-Eagle love. Even though he was an Aggie, he made sure she completed her degree in Mathematics. She graduated magna cum laude at NCCU in 1972.

Her employment included Sperry Univac, Research Triangle Institute, and EPA. She retired from EPA as a Computer Specialist after 20 years of service. After she retired, she began her ministry as the part-time Bookkeeper at Camelia Gardens in Durham, which eventually turned into a full-time ministry. She continued loving and serving the residents and staff there until 2009.

Bonita married James Hodges on March 7, 1965, and traveled with him to Germany while he served in the Army. While there, they often visited with other family members stationed in Germany and nearby European countries; she was always able to maintain those close family connections which were very important to her. In the days just before leaving Germany in 1967, she was nauseous…soon after she returned to the US, she learned she was expecting Venita Gwynette. Years later, Christina Nicole was born, and they were the cherished daughters of Bonita and James. She loved her daughters deeply and completely, always wanting only the best for them. She read to them from birth and taught them to read by age 2. Although loving, she was not lenient about their education, always requiring that they give their best at all times. She always required their homework to be near perfect. She required that they use sharpened pencils, perfect spacing, few erasures or corrections otherwise they would have to start all over. She also stood up for her daughters’ rights to an excellent education on many occasions. Teachers and principals learned quickly ‘Mrs. Bonita’ was a force to be reckoned with when it came her daughters’ education. She was always present at PTA Meetings and was sure to speak up without hesitation if her daughters would be negatively impacted.

Bonita in Spanish means ‘Beautiful’ and the life she lived showed her beauty inside and out. In her very active life, she revealed that beauty. Bonita’s generous heart proved that she would help any and everybody she could. James told their daughters to make sure she saved some money after he was gone because he knew she would give it all away. She was deeply touched by suffering of any kind and left a legacy of making a difference in many people’s lives. But she was a firm believer in doing the right thing and had no problem letting you know when you had crossed the line or when you were just plain wrong. Even then, she always loved you. Her giving spirit was extended even to animals. She was recycling before it was popular, starting with making sure old bread was thrown out in the back yard to take care of the squirrels and birds.

Few people knew that she attended the March on Washington, standing beside Peter, Paul & Mary during Dr King’s “I Have A Dream Speech.” She was also on the Oprah show during a taping in Raleigh, NC in 1988.
She was fully devoted to supporting the GC Hawley Class of ’61 since graduation, and served as Class Secretary. She and her best friend since second grade, Mildred F Henderson, coordinated numerous trips with their classmates. These trips include 2 cruises to Nassau, Bahamas and Cozumel, Mexico; trips to Amish Country, Niagara Falls, Hershey, Pennsylvania, Washington DC during the Obama Administration, to name a few. She also helped coordinate many gatherings, reunions and cookouts. Seeing her classmates together gave her great joy over the years and she was always glad to hear from them. In addition to being an avid member of the GC Hawley Class of ’61, she was also a member of AARP Durham Chapter #189 in Durham, and Nubian Red Hat Society.

Her family was everything to her, and she was often the point of contact for the annual reunions - reserving locations, establishing menus, collecting funds, and doing whatever was necessary to make the reunion a success. Serving as the Treasurer for the Bullock-Allen Reunion was just one of the roles she played for her family. She was confidante, peacemaker, and she was the strong presence wrapped up in a hug that everyone looked forward to each time they saw her. She loved to tell the story of how she only got one spanking in her life because she never wanted to disappoint her grandparents and would try to keep her cousins out of trouble. That was the spirit she wanted everyone to have.
She had a genuine love for all children, and claimed many of them as hers over the years. She always made her way to greet new babies and hold them and love on them. If there was a fussy baby during church service at New Hope, she would ask the mother if she could hold the baby. Within minutes, the baby was usually fast asleep on her bosom as she used her Baby Whisperer powers. She had several photo albums with pictures of babies she had loved on and poured love into. Each one held a special place in her heart and she cherished her time with each one of them. This love for children also led her to assist with several Girl Scout Troops long after her daughters were no longer eligible to participate. She loved encouraging little brown girls to succeed in life.

In addition to her beautiful spirit, she was well known for cooking cabbage, making potato salad, and baking her world famous and highly coveted sweet potato pies. The Kitchen Ministry at New Hope always rationed her sweet potato pies for church functions to make sure members and guests didn’t pick up multiple pieces of this deliciousness.
In addition to her parents, grandparents, and husband, she was also preceded in death by her sister, Jacqueline Joyce Lyon, who died in infancy.

The family will receive cards and other expressions of love at the home of Gwynette & Wayne Pierce, 5028 Mimosa Dr, Durham, NC, 27713.
Read Less

To send flowers to the family or plant a tree in memory of Deacon Bonita Lyon Hodges, please visit our Heartfelt Sympathies Store.

We encourage you to share your most beloved memories of Deacon Bonita Lyon Hodges here, so that the family and other loved ones can always see it. You can upload cherished photographs, or share your favorite stories, and can even comment on those shared by others.

The Bolden Family, Valerie Footman, and other have sent flowers to the family of Deacon Bonita Lyon Hodges.
Show you care by sending flowers

Posted Jun 03, 2020 at 11:21am
Please accept our most heartfelt sympathies for your loss... Our thoughts are with you and your family during this difficult time.

Posted Jun 03, 2020 at 06:58am
To my darling daughter Christina We are thinking of you during this difficult time but always remember I am here for you. Love you Mrs Valerie 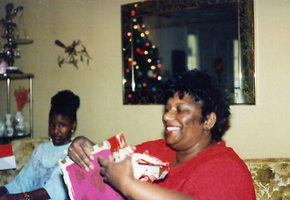 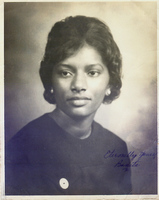 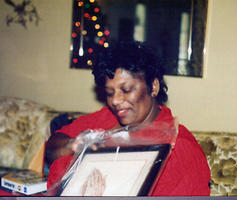 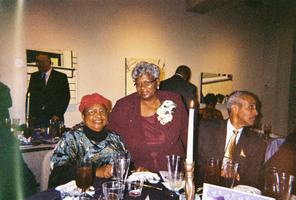