To share your memory on the wall of Marquise Elliott, sign in using one of the following options:

To send flowers to the family or plant a tree in memory of Marquise G Elliott, please visit our Heartfelt Sympathies Store.

We encourage you to share your most beloved memories of Marquise here, so that the family and other loved ones can always see it. You can upload cherished photographs, or share your favorite stories, and can even comment on those shared by others.

Nica Garcia, Don and Michele Purvis, and others have sent flowers to the family of Marquise G Elliott.
Show you care by sending flowers

Posted Jun 28, 2019 at 12:48am
Meeting you and dating you was the best thing that happened to me!! You will always be on my heart and my family heart, we love you!! My condolences

Posted Jun 27, 2019 at 10:23pm
I taught Marquise when he was in 9th grade. I loved having him in my class. I cried when he graduated because I knew how hard he worked to get there. I don't know anyone who met him who didn't love him. I was SO proud of the man he had become. I am not surprised to read of the awards and commendations he received during his time in the military. My heart breaks that he wpn't get to live the life he worked so hard for and deserved. What an amazing hero our country has gained! Condolences to his family - I will never forget him!
Comment Share
Share via:
HS

Posted Jun 27, 2019 at 02:13pm
Rebecca, Please accept our most heartfelt sympathies for your loss... Our thoughts are with you and your family during this difficult time.

Flowers were purchased for the family of Marquise Elliott. Send Flowers

Posted Jun 26, 2019 at 05:33pm
Praying for Gods peace and comfort during this difficult time of loss! Love & Prayers

Posted Jun 26, 2019 at 12:28pm
Wishing you peace to bring comfort, courage to face the days ahead and loving memories to forever hold in your hearts. 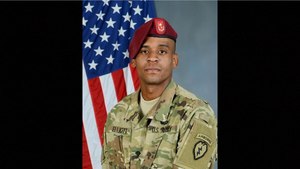 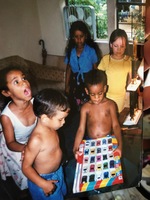 YOUNG MARQUISE
2
4
Add Photos
Upload up to 10 images at a time, max 8MB each