To share your memory on the wall of William Bragg, sign in using one of the following options:

Graduated from Dorsey Senior High School Class of 1953 and attended Florida A&M University. Shortly thereafter he left to join the Army in 1956.

Bill never met a stranger. His girls joked around and said they needed to buy a toy arm that waves and stick it in the window so he could keep his eyes on the road while waving at everyone.

He was known by a lot of people by a lot of different names. He was a provider for this family, he went above and beyond for EVERYONE, whether he knew you or not. He never met a stranger. He stopped and waved and talked to everyone. He spoke at least 2 languages. He was kind and gentle. All respected him.
He was SO wise & SO kind (kinder than most should ever be)
He made sure Cass & I were rooted and grounded in God. He held us to a higher standard that most.... so we hold ours to that same standard.
He once told me that there isn’t anything I can’t accomplish once I put my mind to it. He taught us SOOOOOO many wisdom nuggets, that I’m still digesting them.
He literally destroyed his back & spine ensuring that his family didn’t lack.

He is now and will forever be my Superman. I’ll ALWAYS miss him, but I’m happy to know that he has been made whole again by the Father. I find peace in that. We appreciate all of your prayers, love and condolences.
We love you all & he does too. His legacy and life principles will live on forever
Read Less

To send flowers to the family or plant a tree in memory of William Obadiah Bragg Jr., please visit our Heartfelt Sympathies Store.

Receive notifications about information and event scheduling for William

We encourage you to share your most beloved memories of William here, so that the family and other loved ones can always see it. You can upload cherished photographs, or share your favorite stories, and can even comment on those shared by others.

Posted Feb 06, 2020 at 11:09am
My good friend Oop. You got to "finish line" first,so we'll see you in the "winner's "circle. We will always miss your great personality and honesty.

Posted Feb 04, 2020 at 09:48am
Thinking of you and wishing you moments of peace and comfort during this time.

Flowers were purchased for the family of William Bragg. Send Flowers 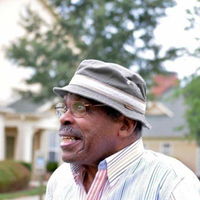