To share your memory on the wall of Walter Williams, sign in using one of the following options:

He attended Durham Public Schools and received his GED while he worked for Job Corps. In addition to his work life, Walter enjoyed the outdoors which led to him working in construction for a number of years.

Walter is precedd in death by his parents; one sister, Detrease Williams and one brother Thomas Williams, Jr..

To send flowers to the family or plant a tree in memory of Walter Lorenzo Williams, please visit our Heartfelt Sympathies Store.

Receive notifications about information and event scheduling for Walter

We encourage you to share your most beloved memories of Walter here, so that the family and other loved ones can always see it. You can upload cherished photographs, or share your favorite stories, and can even comment on those shared by others.

Posted Oct 14, 2020 at 10:47am
Dear Family. May we all be comforted by the wonderful memories Walter has left us in his warm smile and cunning sense of humor (just like Uncle Luther) for it is the intent of his heart that mattered the most, however Walter was able to convey it. We are admonished to look at the heart and not the outward appearance (I Samuel 16:7). Let us hold fast to the good will Walter had for all of us and let us strive to live it out each day. In the days, weeks and months ahead as Walter rests in peace, may we find comfort in God promises that "as our days, so shall our strength be" (Deuteronomy 33:25) and that nothing....not even life or death or anything can separate us from His love (Romans 8:38-39).
Comment Share
Share via: 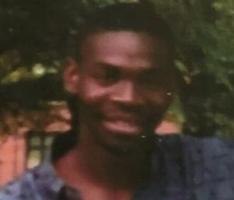