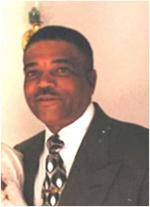 Sonny was educated in West Virginia School System. He moved to Durham, NC in the sixties. Sonny was a skilled
mechanic. He became a master of his trade under the tutelage of his friend and fellow mechanic, “Mr. Mack”
as he was known by everyone.

Sonny has always possessed a humble and a giving spirit. He was always quick to help when he recognized a need. He had a sincere fondness for his elders and endeavored to listen to their wise counsel which he always took to heart.

In addition to his parents, Sonny was preceded in death by his sister, Yvonne Clay.