To share your memory on the wall of O\'Neil Kirkling, sign in using one of the following options:

O’Neil worked in Brooklyn, NY in daycare and food service and after relocating to Durham, NC with his family, he worked for many years at Duke University as Grounds Equipment Operator 2. O’Neil eventually had to stop working due to his declining health. This was a major change for him. As a result of him not working a 9 to 5, he began to volunteer at Maureen Joy Charter School. O’Neil loved the Maureen Joy
Charter School students, faculty and parents. It was his vision to start the PEAK basketball team who thrived under O’Neil’s coaching skills.

O’Neil was also affectionately called Poppa Smurf, Big Poppa, Uncle Neil, and Unk. He was known for his love of music and was the DJ when we went to the house for family gatherings. Neil had loads of
cassettes and CDs and loved to sing. He loved singing solos at his beloved church, Immanuel Temple SDA Church, and was an original member of the Anointed Voices of Praise choir. O’Neil would say yes every
time he was asked to perform. He further utilized his music skills by working with the audio and visual team at the church.

O’Neil loved to cook and family gatherings could not happen without his famous macaroni and cheese and bbq chicken. The family would not mind eating later than the set time if the wait was due to the mac and
cheese still being in the oven. Summer time would bring in cook out time and we all would line up for a Neil burger, hot dog, or chicken. Yes, O’Neil loved food and he loved seeing his family come together
and share these meals with laughter on the menu as well.

Our O’Neil loved his family and friends. He would often make random calls to check on his people. This increased as his illness progressed and he definitely let you know that he was thinking about you and was
grateful for you in his life.

To send flowers to the family or plant a tree in memory of O'Neil Rafer Kirkling, please visit our Heartfelt Sympathies Store.

Receive notifications about information and event scheduling for O'Neil

We encourage you to share your most beloved memories of O'Neil here, so that the family and other loved ones can always see it. You can upload cherished photographs, or share your favorite stories, and can even comment on those shared by others.

Posted Nov 08, 2019 at 07:46pm
Earth has no sorrow that heaven cannot heal. Sincere condolences to the family. With love I remain. Caren E Stewart
Comment Share
Share via:
CS

Posted Nov 08, 2019 at 06:58pm
Sincerest condolences to the kirkling family. May Gods love sustained you during this difficult time. Warmest regards, I remain. Caren Stewart&Assoc 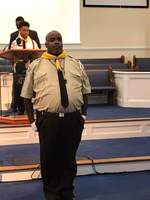 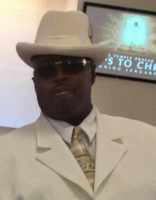 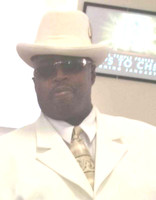