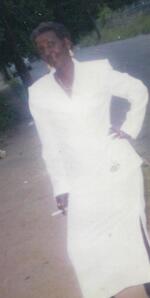 Omeala Estelle Hester was born to Hurman Perry and Jennie Sowell on June 19, 1935. She was a graduate of Merrick Moore School in Durham, NC.

Omeala went on to have six children. She was a dedicated worker and worked much of her life in the hotel industry.

Omeala was preceded in death by her parents; son, Charles Hester III; and grandson, Walter Brewer.