To share your memory on the wall of Natina Paige, sign in using one of the following options:

Print
On the same day that we celebrated the contributions and gifts that God gives us on this Earth, the Lord saw fit to call one of his angels home to tell her “well done”.

Natina Irene Paige was born on March 22nd, 1975 at Prince Georg... Read More
On the same day that we celebrated the contributions and gifts that God gives us on this Earth, the Lord saw fit to call one of his angels home to tell her “well done”.

Natina Irene Paige was born on March 22nd, 1975 at Prince George’s County Hospital to the late Nancy and William E. Paige. During the first part of her adolescence, she lived with her grandparents in Clinton, NC. After the passing of her grandfather, she left to live with her mother in Maryland. She graduated from Elanor Roosevelt High School of Greenbelt in 1993. She went on to spend two years at NC Wesleyan College in Rocky Mount, NC.

In 1995, she gave birth to her first set of twins, Irene and the late David Paige. She then relocated back to Maryland to be close to her mother. Two years later, gave birth to Derius and Desmond “Des” Woods. She worked for multiple companies in Maryland, including the City of Greenbelt and the Ford Motor Company. In 2004, she once again gave birth to twins, Derrick and Daria Woods. After a 10-year romance, Natina married the love of her life and father of her children, the late Derrick Tyrone Woods Sr. who passed in 2006. When her mother was relocated due to health reasons to a nursing home in Durham, Natina and Derrick Sr. relocated their family to Raleigh in search of new opportunities. Over the next 13 years, Natina spent her time in N.C. battling and working to find a cure for Renal Kidney Failure, raising her children, and being a faithful wife.

She leaves behind to carry on her legacy her eldest daughter, Irene Paige; her twin sons, Derius and Des Woods of Pembroke, NC; her youngest, Derrick and Daria Woods; her sister, Valencia Paige Wright of Lanham, MD; her brothers, William Johnson of Forestville, MD, and David Robinson of Durham, NC.
Read Less

To send flowers to the family or plant a tree in memory of Natina Irene Paige, please visit our Heartfelt Sympathies Store.

We encourage you to share your most beloved memories of Natina here, so that the family and other loved ones can always see it. You can upload cherished photographs, or share your favorite stories, and can even comment on those shared by others.

Posted Apr 29, 2019 at 01:52pm
Natina was a very special person. She was one of the first people to come to our church that was led there thorough our newly created Outreach Ministry. She came in with a zeal, a love of God & a willingness to do God's work. She loved her children and she taught them about God & to depend on each other. She fought long & hard because she always wanted to be here for her kids. Her struggle is over now and she is with God. To all of the children, keep your hand in God's hand, lean and depend on each other and the rest of your family. You had a mother you could be proud of. Be blessed and stay encouraged. You are in my prayers. 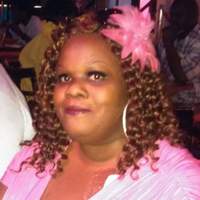