To share your memory on the wall of Minnie Lyon, sign in using one of the following options:

To send flowers to the family or plant a tree in memory of Minnie Belle Lyon (Bullock), please visit our Heartfelt Sympathies Store.

Receive notifications about information and event scheduling for Minnie

We encourage you to share your most beloved memories of Minnie here, so that the family and other loved ones can always see it. You can upload cherished photographs, or share your favorite stories, and can even comment on those shared by others.

Posted Apr 30, 2019 at 03:33pm
2 Corinthians 1:3,4 gives us the assurance that "the God and Father of our Lord Jesus Christ, the Father of tender mercies" is "the God of all comfort" and he "comforts us in all our trials." James 5:11; God "is very tender in affection ["very compassionate"] and merciful." Please accept my sincere condolences. Always remember God loves you and he cares for you!
Comment Share
Share via:
DS

Posted Apr 24, 2019 at 11:24am
Sheron,
I am so sorry to hear of the passing of your mother. I only found out today. Please accept my deepest condolences to you and your family. I remember those family reunions!!! Great times....God bless and keep you all.
Comment Share
Share via:
AL

Posted Apr 19, 2019 at 11:26pm
Aunt Minnie brought joy to many hearts along with laughter. She will be reunited with her hilarious parody singing trio who introduced themselves as Dolly Parton, Molly Parton and Beg Your Pardon (Aunt Minnie, Aunt Novella and Uncle Walter). She would make up lyrics and sing parodies for various family events. She would make crafts for people, she could turn anything into a work of art. She also was an excellent cook who shared many delicious meals, desserts and various treats with family, friends and coworkers over the years. She will be missed as she is loved. She was a generous soul who shared her gifts of stories and wisdom. I love my Aunt Minnie and will always keep her in my heart. My prayers go out to her loving siblings, children, grandchildren and great grandchildren.
Comment Share
Share via:
HS

Posted Apr 19, 2019 at 06:45pm
Please accept our most heartfelt sympathies for your loss... Our thoughts are with you and your family during this difficult time.

Flowers were purchased for the family of Minnie Lyon. Send Flowers

Posted Apr 19, 2019 at 02:47pm
MY CONDOLANCE IS ENTENDED TO THE LYONS FAMILY
IN THE LOSS OF AUNT MINNIE . SHE WILL TRULY BE MISSED AT THE FAMILY REUNIONS
Comment Share
Share via:
BB

May God give you peace during this most difficult time in your family life.Praying for your family. 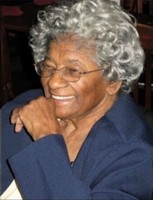