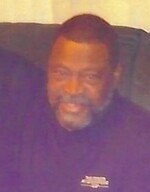 Louis was educated in Hartford Connecticut at A.I. Prince Tech High School. Louis went on to join the Army in 1971 and was honorably discharged in 1972.

Louis worked as a heavy machinery operator for most of his life. Louis was a phenomenal chef, at one point operating his own small restaurant, in Durham called "Homie's Grill". He was also a great singer and enjoyed performing at open mic nights in local venues. He also he enjoyed both modeling as a career and performing as a lead guitar player and singer as part of a local band in Connecticut.