To share your memory on the wall of Leon Jones, sign in using one of the following options:

Leon was the care giver for both his mother and brother. He moved to the Wilmington, North Carolina area and later relocated to New York with his son Sedrick Myers where he spent his final days until his passing January 23, 2020.

He was a sharp dresser. He also carried his bible with him at all times, took great joy in caring for his cars, and was an avid lover of sports and old westerns.

Bro was preceded in death by his parents, Harvey and Elizabeth Jones, and brother, Kenneth W. Jones.

To send flowers to the family or plant a tree in memory of Leon Earl Jones, please visit our Heartfelt Sympathies Store.

Receive notifications about information and event scheduling for Leon

We encourage you to share your most beloved memories of Leon here, so that the family and other loved ones can always see it. You can upload cherished photographs, or share your favorite stories, and can even comment on those shared by others.

Posted Jan 25, 2020 at 07:10pm
My warmest and sincere condolences to the family,We shared a lot of good times over the years.Ethel Holloway
Comment Share
Share via:
CF

Posted Jan 24, 2020 at 11:55am
" Hold tight to memories for comfort, lean on us as friends for strength, and always remember how much you are blessed." The Ferguson Siblings 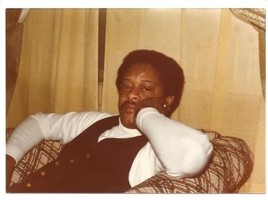