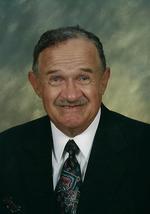 Junious Henry Blake of Durham, North Carolina transitioned to his heavenly home on Friday, July 3, 2020 at the age of 91. After several weeks of declining health, Junious, “JB” as he was affectionately called, passed peacefully with his beloved wife, Mattie, and daughter, Marilynn, at his bedside.

JB was born on April 23, 1929, in Surry County, Virginia to Johnston Henry Blakes and Constella Burrell Blakes. He had no formal education because he worked to support the family doing odd jobs around town and on the family farm. JB worked at the Young Men’s Shop for more than 45 years. However, it was his work ethic and desire to help others that made him a great men-tor for many young men from Merrick Moore and Hillside High Schools who worked there alongside of him. JB also worked at Mechanics and Farmers Bank for over 23 years and was a father figure and mentor to men and women alike who looked to “Mr. Blake” with admiration and respect as a friend and confidant with many words of wisdom.

JB and Mattie were married forty-four years and loved to fish and travel. They welcomed many family and friends on camping and fishing trips and traveled to forty out of fifty states. JB was a longtime member of Union Baptist Church where he served as Deacon, sang in the Male Chorus, and volunteered on the Social Committee for several years.