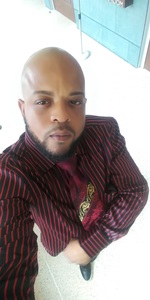 Jerry was educated in Durham Public School System. he received his GED at Wayne Community College.

In 2016, Jerry accepted Christ as his Lord and Savior; and was baptized at Union Baptist Church.

With his loving wife, bestfriend, and life partner Ashley Sydnor by his side; Jerry went to be with God on January 1, 2021.