To share your memory on the wall of James Jordan, III, sign in using one of the following options:

Provide comfort for the family by sending flowers or planting a tree in memory of James Jordan, III

Print
A TIME TO BE BORN:

James Henry Jordan, III (Jimmy) was born on October 17, 1954 in Pittsburgh, Pennsylvania. He was the second of two children born to the late James Henry Jordan, Jr. of Pittsburgh and Bertha Hedgespeth Jordan Marshall, originally of Chatham County, North Carolina. Big sister Kathryn adored her little brother, who followed her everywhere. But, after she got over her excitement about having a baby brother, she decided that he was really a pain!

A TIME TO BUILD UP:

James attended Pearson Elementary and Whitted Junior High School in Durham, North Carolina. He returned to Pittsburgh to attend Taylor Allderdice High School, graduating in 1972. He continued his education by earning an Associate’s Degree in Air Conditioning/HVAC/Refrigeration at the Gateway Technical Institute in Pittsburgh. His close friends from those early years still remember James fondly. They say he was classy and stylish in his dress, the only kid wearing turtlenecks in junior high and London Fog raincoats in high school! He was larger than life, gregarious, and always happy, with a personality that seemed to attract everybody. Several friends said he was like a big brother to them. He was an excellent basketball player in high school and always picked first for games on the courts in local parks. He played tennis when he got older and excelled in that too, winning many city tournaments. Everyone took an instant liking to James, who they said had that “it” factor. Through their mother, both James and Kathryn grew to love listening to jazz music. Through his father, James gained an interest in playing tennis and building model cars.

A TIME TO PLANT AND A TIME TO SERVE:

James’s first major job was with Westinghouse in Pittsburgh, where he worked for 14 years. James held many other jobs over the years in Pittsburgh, Washington DC, and Durham, North Carolina. He worked for ten years as a Correctional Officer for the North Carolina Department of Public Safety at the Polk Correctional Institute in Butner, until he retired in 2016. In annual fire arms training he earned the designation as a “Sharp Shooter.” He was dedicated to excellence in all he did and worked effectively whether independently or as part of a team.

When he became a victim of corporate downsizing, his world began to crumble and he became angry at society. One day, he heard a preacher speak of becoming a new creature when you join the family of Christ. “Old things pass away and all things become new.” Somewhere between church services and daily morning devotionals, a miracle happened: he came to Christ, and discovered for himself that old things really DO pass away. He grew in his knowledge of God’s grace and mercy and strengthened his personal relationship with Him. James liked to discuss the Bible and the concept of “progressive sanctification.”

James first met Eloise Cain Thomas early in 2003, when he was introduced by his sister Kathryn. It took him several months to make his move, but by May 2003, he was ready to make his romantic interest known. They were married in a lovely chapel in Las Vegas on September 5, 2005 with 14 family members and friends in attendance and others watching it live-streamed online.

James had many interests. He enjoyed any TV programs on history, space, or animals. He loved music and spent countless hours preparing to be a professional DJ. He enjoyed bartending and creating custom drinks for friends in his “man cave” bar. He and Eloise were starting to learn golf together. They loved to travel and did so frequently, including Caribbean, Mediterranean, and Alaskan cruises as well as regular resort vacations and a cross-country train trip. He loved tennis and could easily play 3-4 days a week after retirement. He volunteered to mentor a young girl in the neighborhood who he met with her father at the club house tennis court.

A TIME TO WEEP AND A TIME TO MOURN:

Despite the grim prognosis when he was diagnosed with pancreatic cancer in June 2018, James was determined that he would “live life fully for as long as he was alive.” He travelled with his wife to Cleveland, Myrtle Beach, Charlotte, and other places. His friends rallied around him, taking him out to lunch, to ball games, to the movies. As his strength began to wane, he still encouraged visits from friends and family, summoning all of his energy to entertain them. He spent his last 3 weeks at home with in-home hospice care, and continued to enjoy visits from family and close friends up to the end. James passed away quietly at home on Sunday, May 12, 2019 at age 64, after a year-long battle with metastatic pancreatic cancer.

A TIME TO REMEMBER:

We encourage our friends and loved ones to make a memorial donation in James’s name to the Pancreatic Cancer Action Network, which is dedicated to fighting the world’s toughest cancer. Go to www.pancan.org for more information.
Read Less

To send flowers to the family or plant a tree in memory of James Henry Jordan, III, please visit our Heartfelt Sympathies Store.

Donations are being accepted for: PANCREATIC CANCER ACTION NETWORK INC.

Posted Jun 13, 2019 at 10:45am
My heartfelt condolences to the family. I graduated Taylor Allderdice with Jimmy. Thanks for sharing his life’s journey in his obituary...it is lovely. With warmest regards, Celia Blum.
Comment Share
Share via:
CS

Posted May 18, 2019 at 08:56am
Eloise, you have our deepest sympathy. Jimmy was like another (son & brother) of our "Smith Family." Jimmy will always be remembered. God Bless you and Thank you, for making each of Jimmy's days very special, full of Love & happiness and sunshine. Love, Christine, Linda, Danny, Phyllis and Julian Smith
Comment Share
Share via:

Posted May 17, 2019 at 03:54pm
Eloise, we are deeply saddened to hear about James passing. Please know that our thoughts and prayers are with you at this very sad and difficult time. We know that God will give you peace and comfort in the days ahead.

Posted May 15, 2019 at 05:33pm
May you be comforted by the outpouring of love surrounding you. We will continue to keep you in our prayers. 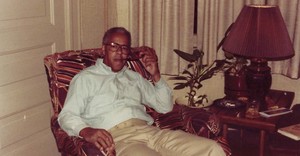 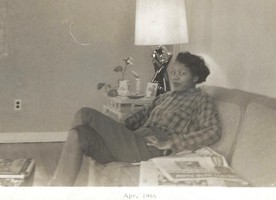 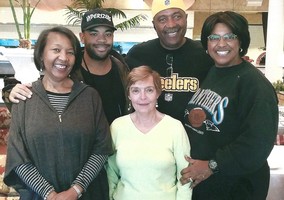