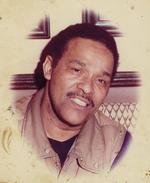 James Campbell, Jr., was born on June 6, 1937 to James and Juanita Campbell of Goldsboro, North Carolina. Although he received little formal education, James amassed in his lifetime, the kind of wisdom, experience, and rare insight that institutions of higher learning are capable of teaching.

James joined Bronx SDA Church at an early age and worked as a diamond cutter in the diamond district of New York. He then went on to work for Orkin as an exterminator for many years until his retirement.

On March 13, 2008 he was joined in holy matrimony to Jennifer Bruce of New York. He and his wife moved to North Carolina where they joined Emmanuel Temple SDA Church in Durham, North Carolina.

James was an accomplished artist, had an avid love for writing prayers, telling jokes, and making the people around him happy.

James was preceded in death by his parents James Campbell, Sr. and Juanita Campbell.