To share your memory on the wall of James Campbell, sign in using one of the following options:

James joined Bronx SDA Church at an early age and worked as a diamond cutter in the diamond district of New York. He then went on to work for Orkin as an exterminator for many years until his retirement.

On March 13, 2008 he was joined in holy matrimony to Jennifer Bruce of New York. He and his wife moved to North Carolina where they joined Emmanuel Temple SDA Church in Durham, North Carolina.

James was an accomplished artist, had an avid love for writing prayers, telling jokes, and making the people around him happy.

James was preceded in death by his parents James Campbell, Sr. and Juanita Campbell.

To send flowers to the family or plant a tree in memory of James Campbell Jr., please visit our Heartfelt Sympathies Store.

Receive notifications about information and event scheduling for James 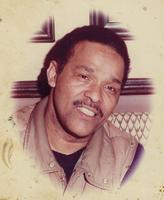