To share your memory on the wall of Harvey Justice, sign in using one of the following options:

Print
Harvey Lee Justice Sr. was born to the late Orange Rufus and Maggie Lee Peaks on April 16, 1948. He was called to his heavenly home on January 31, 2020.

He attended Durham Public Schools attending Lion Park School. He loved the Lord with... Read More
Harvey Lee Justice Sr. was born to the late Orange Rufus and Maggie Lee Peaks on April 16, 1948. He was called to his heavenly home on January 31, 2020.

He attended Durham Public Schools attending Lion Park School. He loved the Lord with all his heart and had a caring heart for others.
To know Harvey Lee was to love Harvey Lee. He had a love and admiration for hot rod racing cars. He enjoyed working on cars in general and he was the go-to mechanic to many friends and relatives.

To send flowers to the family or plant a tree in memory of Harvey Lee Justice, please visit our Heartfelt Sympathies Store.

Receive notifications about information and event scheduling for Harvey

We encourage you to share your most beloved memories of Harvey here, so that the family and other loved ones can always see it. You can upload cherished photographs, or share your favorite stories, and can even comment on those shared by others.

Posted Feb 04, 2020 at 10:45am
I am praying for your strength during this time of transition. May God continue to show you His loving comfort. 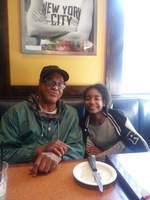 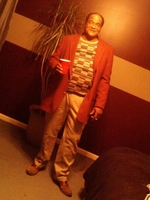 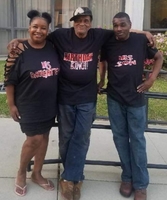