To share your memory on the wall of Harrison McClain, Sr., sign in using one of the following options:

Provide comfort for the family by sending flowers or planting a tree in memory of Harrison McClain, Sr.

Provide comfort for the family by sending flowers or planting a tree in memory of Harrison McClain, Sr.

Elder McClain was reared on the family farm in Garner, N.C. and later in Creedmoor, N.C. where he attended G.C. Hawley High School until the family relocated to Apex, N.C. Determined not to be a farmer, Elder McClain left home and came to Durham to seek employment. He worked in housekeeping at Duke University then at Adams Concrete as a cement finisher. He also worked at Carpenter Lumber Company in Morrisville, N.C. He later continued his education at Durham Technical Community College. Elder McClain was eventually employed by the City of Durham, Street Maintenance Division, where he worked his way up from general laborer to crew leader and then to supervisor. In 1989 Elder McClain received recognition as the City of Durham’s Employee of the Year. He retired in September of 2001 after 38 years of dedicated service with the City of Durham.

As a youth, Elder McClain attended Greenfield Baptist Church in Creedmoor, N.C. with his family. The family later joined The Mill Grove House of Prayer (which is now The Friendship House of Prayer) in Durham where Elder McClain accepted Jesus as his Lord and Savior and continued his spiritual journey under the leadership of Overseer Annie Bynum. In 1959, at age 20, he received and accepted the call to ministry. In subsequent years, he served at The Lord’s House Prophetic Ministry and The Mill Grove Full Gospel Church. In September 2018, Elder McClain rejoined The Friendship House of Prayer and served as minister and elder until his health declined. He loved to pray, preach, and praise the Lord.

Elder McClain married Louise Harris on June 15, 1963. She was the love of his life and a devoted and faithful wife to him. He was a loving husband and provider for his family.

To send flowers to the family or plant a tree in memory of Harrison McClain, Sr., please visit our Heartfelt Sympathies Store.

Receive notifications about information and event scheduling for Harrison

We encourage you to share your most beloved memories of Harrison here, so that the family and other loved ones can always see it. You can upload cherished photographs, or share your favorite stories, and can even comment on those shared by others. 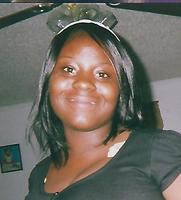 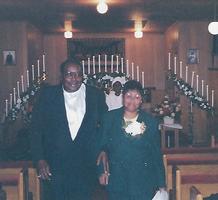 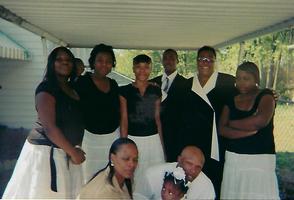