To share your memory on the wall of Dorothy Johnson, sign in using one of the following options:

In the autumn season of 1941, Dorothy Louise Peaks Johnson was born on October 17th in Durham, NC to Hattie Shaw Peaks and Theodore Roosevelt Peaks. She was the 11th child born into a large, loving fami... Read More
Reflections of a Life Well Lived

In the autumn season of 1941, Dorothy Louise Peaks Johnson was born on October 17th in Durham, NC to Hattie Shaw Peaks and Theodore Roosevelt Peaks. She was the 11th child born into a large, loving family that would total 12 offspring (nine daughters and three sons). “Dot,” as she was affectionately called, was educated in the Durham County Public Schools and graduated from Merrick-Moore High School in 1959. In high school, Dot and several of her sisters were star players on the Girls Basketball Team at Merrick-Moore.

Dot fulfilled many roles in her life. She was a devoted wife and loving mother, caring grandmother and godmother, faithful sister and kind aunt, and compassionate friend and thoughtful neighbor. She shared many years of her life with her best friend and soulmate Donald “Wilbert” Johnson, Sr. Their everlasting love story began in the early 1960s and they were married on September 28, 1963. They celebrated their Golden Anniversary (50 years) in September 2013 and their union lasted until Wilbert passed in 2017.

To their union, three children were born: daughter Leslie and two sons Donald Wilbert, Jr, and Leon. Dot and Wilbert were the head of a close-knit nuclear family. They shared much family time with their adult offspring and their spouses and grandchildren. The family worshipped together at Cameron Grove Baptist Church and they regularly had Sunday dinners together. She loved her church family and they were prominent in her life. She served in many different capacities, Deaconess, Advisor of Children’s Choir and Youth Missionary Circle, and was a former member of the JET Echoes. The Johnson Family enjoyed the pleasure of each other’s company. They traveled together and made many vacation memories.

After a long and rewarding career, Dot retired from Duke Hospital after 34 years of service. She worked in the Radiation Oncology Department as an Accounting Clerk. She was destined to pursue a career in healthcare; shortly after graduating from high school, she attended nursing school and later switched career paths, but remaining in the hospital setting. During her retirement years, Dot enjoyed her favorite past-times; shopping, traveling and spending time with family. She especially delighted in making frequent visits to New Jersey, where she visited the families of her nieces Vivian (John) Hanson and Carolyn Hicks-Tyson.

You may view her funeral service live by going to the Photos/Videos section at the top of this page.
Read Less

To send flowers to the family or plant a tree in memory of Dorothy Louise Johnson (Peaks), please visit our Heartfelt Sympathies Store.

Receive notifications about information and event scheduling for Dorothy

We encourage you to share your most beloved memories of Dorothy here, so that the family and other loved ones can always see it. You can upload cherished photographs, or share your favorite stories, and can even comment on those shared by others.

Tara Russ Taniyah and Tashauna Justice, Jill Watkins and Family, and other have sent flowers to the family of Dorothy Louise Johnson (Peaks).
Show you care by sending flowers

Posted May 22, 2020 at 07:32pm
My condolences to the entire family. I am so sorry for our loss. Praying for each of you!
Comment Share
Share via:
LC

From your sister and brother, John and Vivian 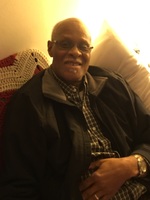 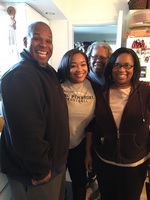 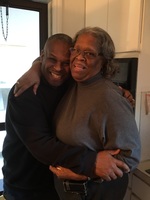