To share your memory on the wall of David Young, sign in using one of the following options:

Provide comfort for the family of David Young with a meaningful gesture of sympathy.

His career was in textile management at Kayser-Roth Industry and then farming until health conditions caused him to stop working. David was known for his cooking, hunting, fishing and gardening. Through the years he endured many health obstacles which prevented him from continuing his passions. However, despite those physical challenges, his life was an example of perseverance and trust in God. He was a member of New Hope Granville Missionary Baptist Church in Berea, North Carolina.

David entered into eternal rest on April 14, 2020, at Treyburn Rehabilitation Center, Durham, North Carolina. He is preceded in death by both parents, David and Virgie Young and two grandchildren, Christopher Dante Royster and Aaron Micah Bagley.

He is survived by his spouse, Lucy T. Young; his seven children Natalie (Ozzie) Holder, Donald (Vanessa) Young, Gaynell (Harold) Bagley, Vegena Royster, Dwight (Amanda) Young, Jacqueline Young and Tara (Emmanuel) Fletcher; his eleven grand-children and six great grand-children, and a host of relatives and friends. The family would like to acknowledge Allie Mae Terry and Rosa Sidney for their love, support and care over our daddy after the loss of his mother.
Read Less

To send flowers to the family or plant a tree in memory of David Young Jr., please visit our Heartfelt Sympathies Store.

Receive notifications about information and event scheduling for David

We encourage you to share your most beloved memories of David here, so that the family and other loved ones can always see it. You can upload cherished photographs, or share your favorite stories, and can even comment on those shared by others.

Posted Apr 19, 2020 at 07:35pm
Whenever it was nice I would always find David on the front porch taking in the day. Although I didn't know him, our numerous hellos let to longer conversations. Over a few years it became apparent that David was an extraordinary individual. I will miss his kind demeanor and laugh but mostly I will try to take with me his positive attitude and courage.

Posted Apr 16, 2020 at 05:58pm
I MEMORAL DAVID AS A YOUNG MAN, GETTING ON OUR BUS GOING TO JOE TOLER HIGH SCHOOL, HE WAS A GREAT PERSON ,SORRY TO HERE OF HIS PASSING ,,BLESSING OF THE LORD BE WITH THE FAMILY, FROM HATCHETT FAMILY . 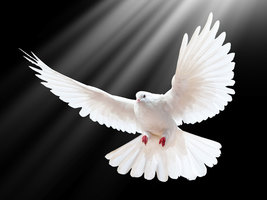 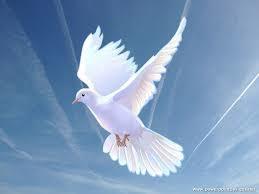