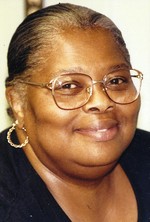 Ms. Charlene Holloway, 71, entered into eternal rest on Friday, April 17, 2020 at the University of North Carolina Chapel Hill Hospital after a brief illness. Charlene was born on May 27, 1948 in Durham, NC to the late John Carlton and Nellie J. Harris Holloway.

Charlene was educated in Durham County Public Schools and graduated from Hillside High School in 1968. She then decided to move north to New Haven, Connecticut to join her siblings. Charlene was employed as an accounts receivable clerk at the Adley Express Company from 1969-1973. She decided to pursue a clerk position next at Pratt and Whitney Aircraft Division in North Haven, CT from 1972-1981.

Charlene moved back to Durham, NC and began her career at North Carolina Central University as a secretary and clerk-stenographer. Charlene worked for the College of Arts and Sciences and University Career Services for over 20 years. She paid attention to details and was even-tempered. Charlene officially retired from the University in 2013.

Charlene enjoyed singing and praising God. She attended church at Union Baptist Church for some time. Charlene was a loving and generous person. She was also feisty and inquisitive. She was very detail-oriented and kept accurate records of birthdays, anniversaries and important events. Charlene was diligent about making phone calls and staying in touch with everyone. Charlene also enjoyed talking and spending time with family and friends. She loved watching television, especially soap operas, basketball and tennis. After her retirement, she would stay up late to watch her shows and movies.