To share your memory on the wall of Charlene Holloway, sign in using one of the following options:

Charlene was educated in Durham County Public Schools and graduated from Hillside High School in 1968. She then decided to move north to New Haven, Connecticut to join her siblings. Charlene was employed as an accounts receivable clerk at the Adley Express Company from 1969-1973. She decided to pursue a clerk position next at Pratt and Whitney Aircraft Division in North Haven, CT from 1972-1981.

Charlene moved back to Durham, NC and began her career at North Carolina Central University as a secretary and clerk-stenographer. Charlene worked for the College of Arts and Sciences and University Career Services for over 20 years. She paid attention to details and was even-tempered. Charlene officially retired from the University in 2013.

Charlene enjoyed singing and praising God. She attended church at Union Baptist Church for some time. Charlene was a loving and generous person. She was also feisty and inquisitive. She was very detail-oriented and kept accurate records of birthdays, anniversaries and important events. Charlene was diligent about making phone calls and staying in touch with everyone. Charlene also enjoyed talking and spending time with family and friends. She loved watching television, especially soap operas, basketball and tennis. After her retirement, she would stay up late to watch her shows and movies.

To send flowers to the family or plant a tree in memory of Charlene Holloway, please visit our Heartfelt Sympathies Store.

Receive notifications about information and event scheduling for Charlene

There are no events scheduled. You can still show your support by sending flowers directly to the family, or planting a memorial tree in memory of Charlene Holloway.
Visit the Heartfelt Sympathies Store

We encourage you to share your most beloved memories of Charlene here, so that the family and other loved ones can always see it. You can upload cherished photographs, or share your favorite stories, and can even comment on those shared by others.

My thoughts and prayers are with you and your family during this difficult time. Charlene was a true jewel. I enjoyed working with her during a brief period of my employment. Jacqueline Holland Brodie
Comment Share
Share via:
AM

Posted Apr 22, 2020 at 11:36am
To Lucy and the Holloway Family,
My deepest condolences to each of you upon the loss of Charlene. I met Charlene many years ago through mutual friends (Linda W. and Libby J.) here in Connecticut. She was always full of life and she truly enjoyed family and friends. I will always remember her beautiful smile and jokes that kept everyone laughing. She was so much fun to be around. We will all miss her. May God's Blessings be with you and may He wrap His arms around each of you so you will feel comfort and peace as she does now.
With Prayers and Love,
Velma Estes & Deborah
Comment Share
Share via:

Posted Apr 22, 2020 at 10:28am
We were sisters, cousins, & friends your name for me was rock. My name for you was rock because our love for each other was hard as a rock. I will always love you even in death as I did in life. You will be truly truly missed. To the Holloway family I know your pain I feel it too she was someone very dear to me. We just have to learn to live without her in the flesh but keep her alive in our hearts.
Comment Share
Share via:

Posted Apr 22, 2020 at 10:23am
We were sisters, cousins, & friends your name for me was rock. My name for you was rock because our love for each other was hard as a rock. I will always love you even in death as I did in life. You will be truly truly missed. To the Holloway family I know your pain for I feel it too in time we will learn to live without her but love will remain.
Comment Share
Share via: 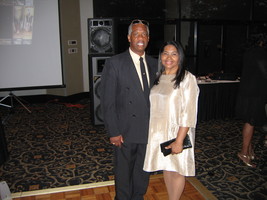