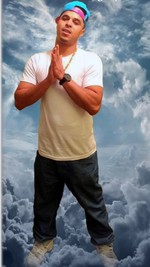 Mr. Brandon T.E. Zeigler 33, transitioned back to God, on Tuesday, November 5, 2019. Brandon, or Zig as he was called by his friends, was born on December 1, 1985 in Bronx, New York to Fredrica Zeigler and Edward Zeigler.

Brandon loved so very hard. If he called you a friend you had a friend to the end. He was compassionate and nurturing to his loved ones. Brandon had a undeniable love for his beautiful children that had no limit nor an end. He was always the joker of the bunch with such charisma and personality. He loved to be fashionable with his clothing and accessories, pulling off looks no one else could. He was unique and he was fearless.