To share your memory on the wall of Armenta Williams, sign in using one of the following options:

To send flowers to the family or plant a tree in memory of Armenta Williams, please visit our Heartfelt Sympathies Store.

We encourage you to share your most beloved memories of Armenta here, so that the family and other loved ones can always see it. You can upload cherished photographs, or share your favorite stories, and can even comment on those shared by others.

Heartfelt condolences and expressions of sorrow for the loss of your dear love one.
Sometimes words cannot express fully one's sympathy when learning of a person's death, simply because death affects all mankind and it hurts so much.
....But it always strengthens us to know that others care as well.......and more importantly our creator God cares.
Our hope is that the family can be comforted knowing that God cares for you and sees your pain. May you find comfort and relief during this grievous time, as you cherish your precious memories.
( 1 Peter 5:7)
Kind Regards
The Dorsey Family
Comment Share
Share via: 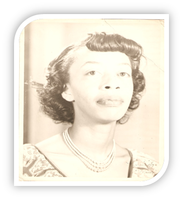