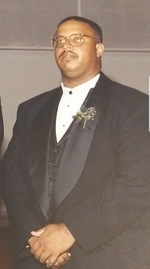 Mr. Antonio Steele, son of the late Lucious Marie S. McLean, was born on August 2, 1964 in Durham, North Carolina. He was a brother, nephew, uncle, cousin and a friend to many. Antonio died on February 21, 2020.

Antonio was educated in the Durham County school system. He was a member of St. John Missionary Baptist Church. Mr. Steele held various jobs within the Durham community. He was an avid fan of the New York Giants football team and the Duke University basketball teams. He loved his family and some of his most favorite memories were of the Glenn McManus family reunion and the McLean family reunion.