To share your memory on the wall of Anthony Carr, sign in using one of the following options:

Print
Mr. Anthony Carr was born on April 17, 1968 in Durham, NC to Opheila Hall and the late Larry Fleming.

He worked construction as a contract painter for years. Anthony really enjoyed fishing and could be found always joking, smiling and... Read More
Mr. Anthony Carr was born on April 17, 1968 in Durham, NC to Opheila Hall and the late Larry Fleming.

He worked construction as a contract painter for years. Anthony really enjoyed fishing and could be found always joking, smiling and laughing.

He was preceded in death by his stepfather, John Hall and his grandmother, Belauah Mae Carr.

To send flowers to the family or plant a tree in memory of Anthony Carr, please visit our Heartfelt Sympathies Store.

Receive notifications about information and event scheduling for Anthony

We encourage you to share your most beloved memories of Anthony here, so that the family and other loved ones can always see it. You can upload cherished photographs, or share your favorite stories, and can even comment on those shared by others.

Posted Jun 01, 2019 at 09:57pm
Man a tough one to swallow. My Condolences to the entire Carr Family. Ant and I were best friends growing up. When you saw him, you saw me. Very sad to hear this news. R.I.P. my friend.. 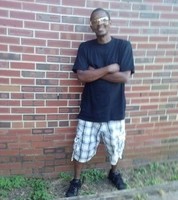